GMA-7 newly-signed artist- Nikki Co, will celebrate his 19th birthday with the orphans at Hospicio de San Jose on June 12. His manager, no less than Mr. Martin Martin of the Elites Model Management agreed with Nikki that this idea could be the best birthday treat of Nikki for himself.

“Nikki has always loved kids and how he feels sad whenever he sees an orphan”, Mr. Martin once said to a blogger. “That’s why I am so confident that Nikki is going to be very happy spending his 19th birthday with the orphans of Hospicio de San Jose. He knows that these kids needs to be happy and he wants to be with them!”

The event starts at 2 p.m. onwards.

“It’s going to be a celebration of life!!!”, Mr. Martin concluded.

Come and join Nikki on this special event on June 12. And by this early, Nikki is already thanking all his sponsors for this charity birthday event. 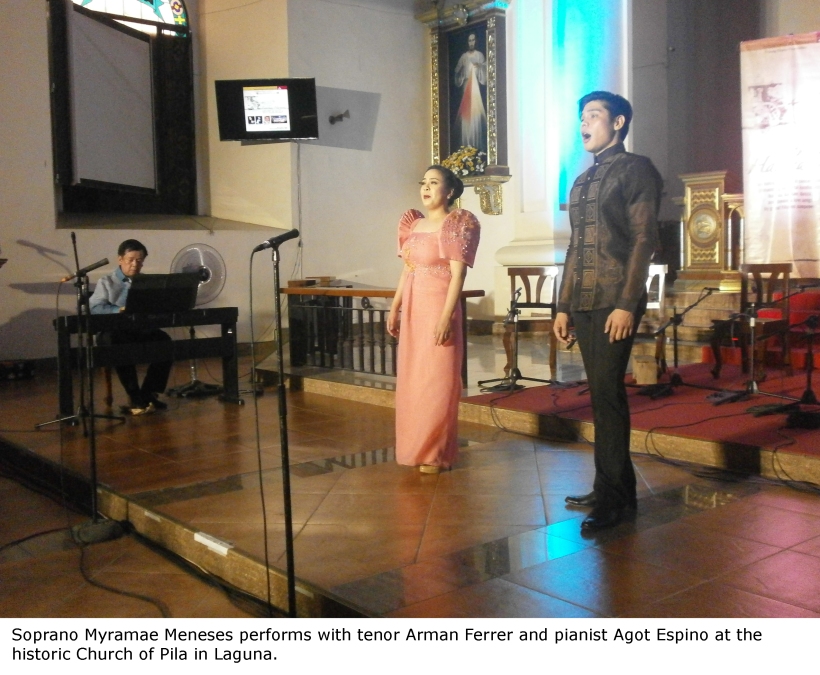 RESIDENTS of Pila in Laguna were enthralled by the various renditions of kundimans by soprano Myramae Meneses, tenor Arman Ferrer, pianist Agot Espino and the Kabataang Gitarista in a concert billed as Lakbay Harana held last May 18 at the historic Church of Pila. The said event, the first of a series of outreach concerts from May to November 2016, was made possible by the Cultural Center of the Philippines through its Cultural Exchange Department and the Tribung Pilipino Foundation.

The concert was staged through the partnership with the Shrine of San Antonio de Padua community. The Pila concert kicks off the celebration of the 50th Anniversary of the Diocese of San Pablo this year.

Lakbay Harana is an offshoot of a series of well attended concerts held in 2015 at the CCP’s Bulwagang Nicanor Abelardo (Main Theater Lobby) entitled Harana sa Dapit Hapon, also a joint undertaking of the CCP and the Tribung Pilipino Foundation (TPF). Lakbay Harana aims to promote and reawaken the public’s interest and appreciation (especially the young generation) for immortal kundimans, harana, balitaw, danza and unforgettable love songs by great Filipino composers. Noted classical singers and performers are featured in the outreach tour.

Succeeding concerts of the event will be held in Lipa City, Batangas on July 22, Vigan City, Ilocos Sur in September and Baler, Aurora in November. (Photo by Raul E. Asis)

“Call for entries to the International Children’s Film Festival” 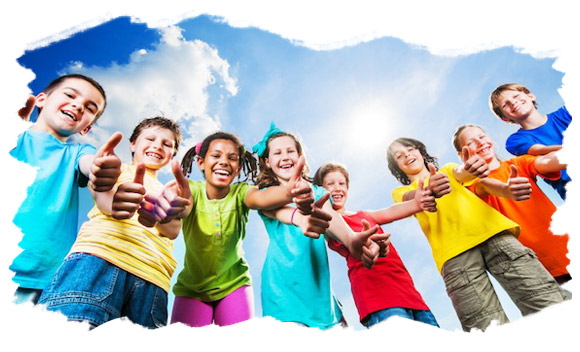 Filipino filmmakers are being invited to participate in the 16th International Children’s Film Festival to be held from July 1 to September 30, 2016 in Calcutta and other districts of West Bengal state.

Interested filmmakers may submit short stories or animated films not exceeding 100 minutes with contents appropriate for children ages 6 to 15.

Entries may be in DVD or Blu-ray format containing the film title, synopsis, production credits, and running time.

All works should be mailed not later than June 10, 2016, addressed to Parimal Mukherjee, General Secretary of Cine Central, Calcutta 2, Chowringhee Road, Calcutta – 700 013.

The International Children’s Film Festival is an annual program of Cine Central Calcutta (CCC), in collaboration with UNICEF, Nandan (West Bengal Film Centre), and various NGOs, created to help the children of India be familiarized with the various cultures around the globe.

CCC is the largest film society in India, conducting film festivals, film sessions, seminars, and exhibitions on a non-commercial basis for over 50 years.

For more information about the Festival, visit www.cinecentralcalcutta.org

“CITRUS SINGERS TAKES THE STAGE AT THE CCP VIA KMP ARTISTS”

AMERICAN performing group Citrus Singers will stage a concert entitled The Best of Broadway on Saturday, June 11, 2016, 8:00pm at the Cultural Center of the Philippines’ Main Theater.

The group offers a song-and-dance revue of the best of Broadway, past and present with popular Broadway songs from the time of Irving Berlin through this year’s Tony winners. Forty of the most familiar songs of the Great White Way will be performed by 40 young stars of stage and screen.

Internationally renowned and universally admired, The Citrus Singers is a top college performing group in the United States and is often compared to groups at Yale and New York University. The Citrus Singers was founded in 1968 by Ben D. Bollinger. The vision of the group is to cultivate, refine, and develop talent, preparing future performers of stage and screen to ascend to the highest ranks of the music industry.

Many alumni of Citrus Singers are already performing on Broadway, in Las Vegas, at Disney and Universal theme parks worldwide, and in concert halls and theaters throughout the United States and Europe.

The Citrus Singers have performed across the globe with tours to Europe, South America, and China, as well as at the finest hotels in Hawaii.

For details, contact CCP at 832-3704 or Domer Balao-as of KMP Artists via email (domer@kmpartists.com).

“I AM ONLY ONE

IF YOU NEED ME, I WILL ALWAYS BE THERE.

BECAUSE YOU ARE MY FRIEND, AND I AM YOUR ANGEL.”

FROM SSSIP: “I KNEW IT. YOU NEVER REALLY LEFT.” 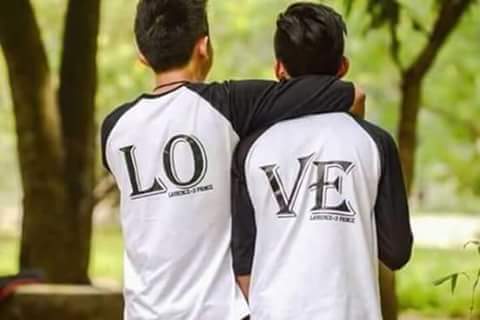 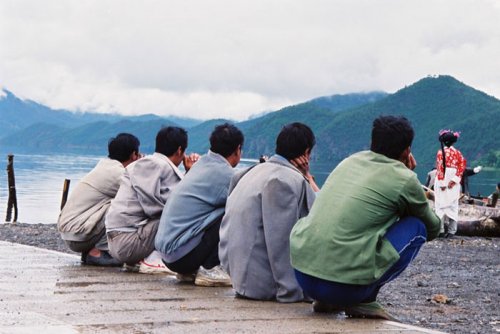 Ma’ Rosa is a 2016 Filipino drama film directed by Brillante Mendoza. It was selected to compete for the Palme d’Or at the 2016 Cannes Film Festival. At Cannes, Jaclyn Jose won the award for Best Actress.

Rosa is married to Nestor to whom she has four children. Rosa’s family runs a sari sari store in a neighborhood in Manila. The income from the small convenience store business alone isn’t enough to meet the family’s daily needs, so illegal drugs particularly “ice” or crystal meth are also sold at Rosa’s store. One day the police officers arrest Rosa and Nestor for selling drugs and asks them for “bail money” or bribe for the couple’s release. Rosa’s children, left to their own to deal with the struggles of daily life, finds a way to free their detained parents.

FROM SSSIP: “THANK YOU SO MUCH TO ALL THE PEOPLE INVOLVED IN THIS GREAT FILM- BECAUSE ONCE AGAIN, YOU SHOWED TO THE WHOLE WORLD THAT FILIPINOS ARE GREAT FILM ARTISTS. WE ARE SO PROUD OF YOU, MS. JACLYN JOSE, FOR BRINGING HOME THE BACON- THE BEST ACTRESS AWARD IN CANNES!!! OH, MY. AND DIREK DANTE MENDOZA, PLEASE DO MORE FILMS LIKE THESE THAT REFLECTS THE REALITY OF A PRESENT-DAY FILIPINO LIFE. MABUHAY KAYO!!!”