Once upon a time, in a kingdom of beauty and wealth, there existed a young man named Don Juan. He was the youngest son of a King and a Queen. He had two elder brothers.
But Don Juan was different, in a way that he was exceedingly good and brave. And his heart was loving.
Despite the many trials, condemnations, unjust treatment of his brothers and great tests, Don Juan proved to all that goodness would still prevail in the end.
This latest and updated version of a theater masterpiece from Gantimpala Theater Foundation spoke of grandeur, authenticity and artful skills.
The production design of this magnificent play was something no one had ever seen before. It was so beautiful. It could transcend you to look further in a magical land, as the set design transformed itself into many different colors, textures and innovations.
Thanks to Mr. Roobak Valle, who also happened to be the director of this play, for the truly wonderful set design. Especially the design on the center stage, wherein you could view entirely through shadows, light effects and silhouette forms and figures the artistry of its moving artists on stage.
The Muslim-inspired set and version of this play was truly functional. It gave the classic tale a refurnished and unique touch.
BJ Forbes as Don Juan was so pleasant and convincing with his performance. He gave a light attack on his character, but certainly efficient.
The dancer who characterized Ibong Adarna also gave a very strong impression. He danced like a mystical bird, indeed. And his costume was simply fantastic, varying in colors and elegance.
The supporting and whole ensemble cast of this classic play (which was based on the classic epic novel in the 18th century, in which, until now, the author was never known) that had existed for seventeen years, was commendable. They all performed well.
But it was the direction of Mr. Roobak Valle that somehow made this play unforgettable. He executed the scenes with perfect blocking, good timings/rhythms and, with a mellow touch. Something so relaxing and delightful to the eyes.
Without too much passion and intensity, but only with perfect simplicity, the play rightfully succeeded in delivering a message.
That a tale of the forgiving heart could endure a lifetime.
In the hearts and minds of the young.

IBONG ADARNA’S SCHEDULE OF PERFORMANCES FOR THE MONTH OF OCTOBER: 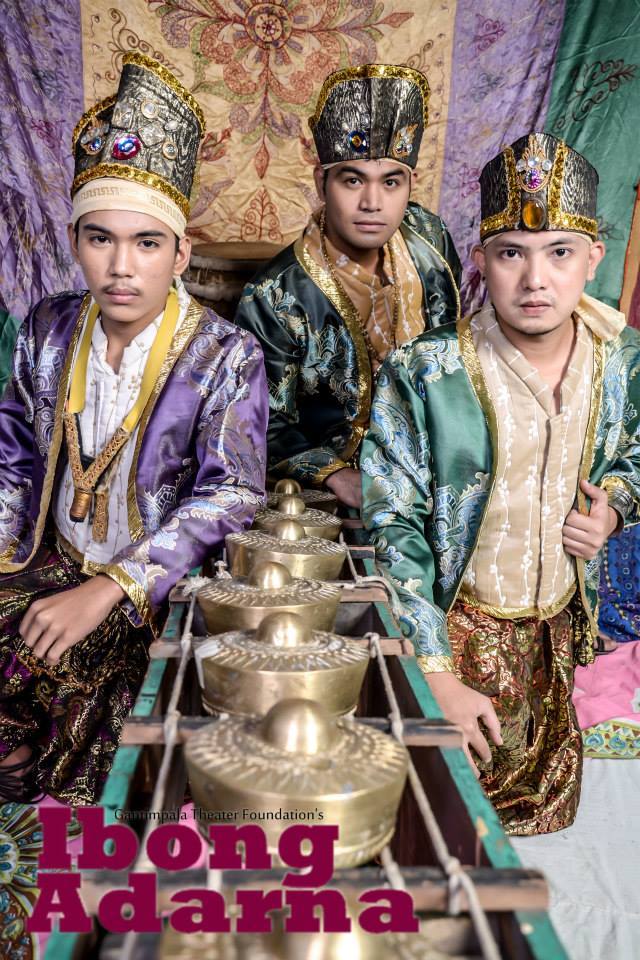 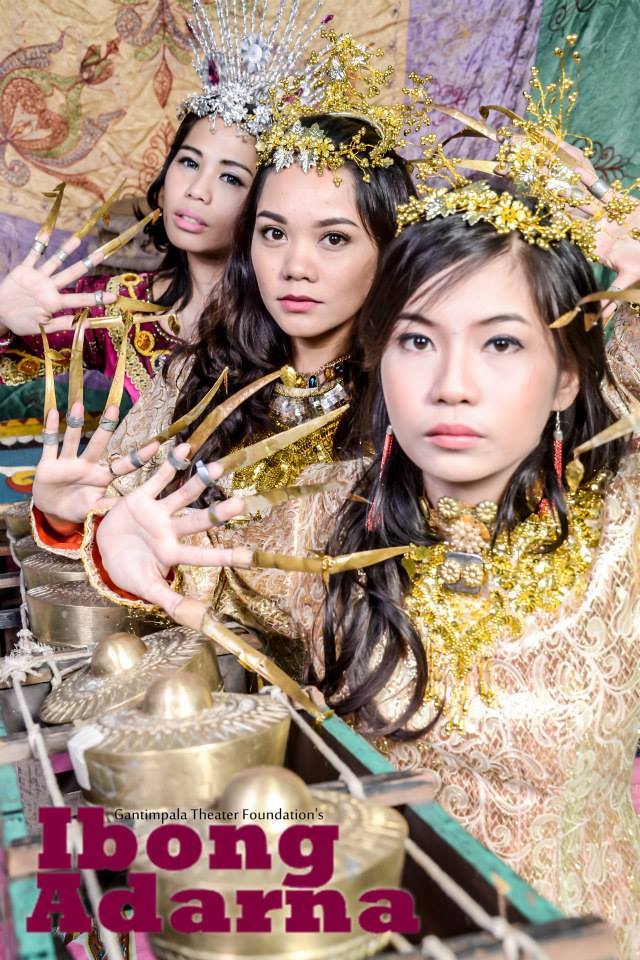 FROM SSSIP 😦
TIA PUSIT, ONE OF THE MOST BELOVED VETERAN FEMALE COMEDIANS HAS BEEN SICK FOR MANY WEEKS NOW. SHE WAS OPERATED ON HER HEART DISEASE, BUT THERE WAS COMPLICATIONS. SHE HAS BEEN IN THE HOSPITAL FOR SOME TIME ALREADY. AFTER HER HEART OPERATION, COMPLICATIONS AROSE BECAUSE OF HER DIABETES ILLNESS AND HER KIDNEY WAS ALSO FAILING.

LET’S ALL HELP TIA PUSIT. LET’S DO OUR OWN LITTLE SHARE OF SAVING HER LIFE.

TIA PUSIT IS A VERY CLOSE FRIEND OF MR. MARTIN MARTIN, THE “GODFATHER” OF D’ELITES MODEL MANAGEMENT. AND THE ELITES MODELS ALL LOVE HER.

UPLOADED ON YOUTUBE.COM BY: ojda7 (many thanks for you, ojda7 for the vid above– sssip*)

WAKE ME UP WHEN SEPTEMBER ENDS…

WHEN THE WAR WE FOUGHT HAS WON

WHEN OUR ARMY WITHSTOOD THE AGONY…

AND OUR WEARINESS, FINALLY, CAME TO PASS.

WAKE ME UP, WHEN SEPTEMBER ENDS.

AS PEOPLE CLIMBED THE MOUNTAINS,

AS FILIPINOS MERGED WITH THE FLOODS,

WE SUBMERGED THE WATERS…

AND AS LOVE CEASED TO DIE,

WE LIFTED-UP THE FEELING UP AGAIN.

YES, NOW THAT SEPTEMBER HAS ENDED.

UPLOADED ON YOUTUBE.COM BY: ojda7 (many thanks for you, ojda7 for the vid above– sssip*) 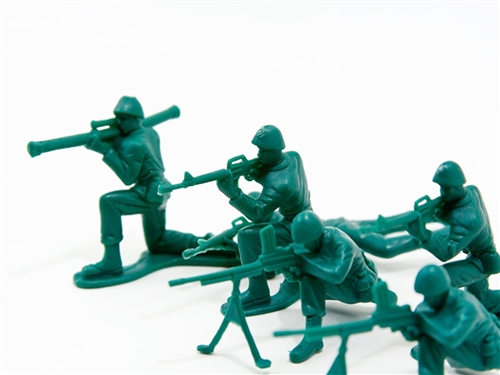 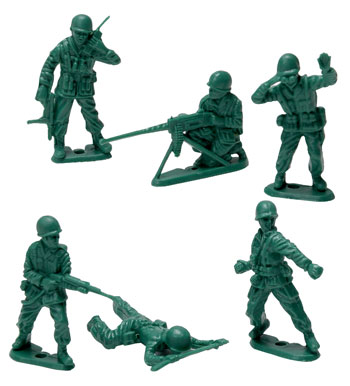 A physical wellness shoot with director Keith Sicat… attending speaking engagements with various religious sectors like the RVM nuns sector… playing with “Puffy”, his guard dog at his beach house shoot… bonding with his co-actors and new friends during the shoot of “Sigaw Ng Hatinggabi” of director Romy V. Suzara in an out-of-town location… and last but not the least, enjoying quality time with high school students of La Salle Greenhills (and at the same time, inspiring them) in the project “Operation: Big Brother”… and again, or simply walking by on the green hilltops of an out-of-town shoot with two young kids… whew!

That’s Lance Raymundo on the go!

Just enjoy the pictures below, taken without any authorizations at all at Lance Raymundo’s Facebook Page. Haha.

This man of great subtlety of strength and faith… this actor of goodness and wholesome appeal,,, and this artist of magnificent beauty and awe is continuing his own LEGACY, in his new chapter of life’s blessings and charity.

A MAN OF GREAT WONDER, 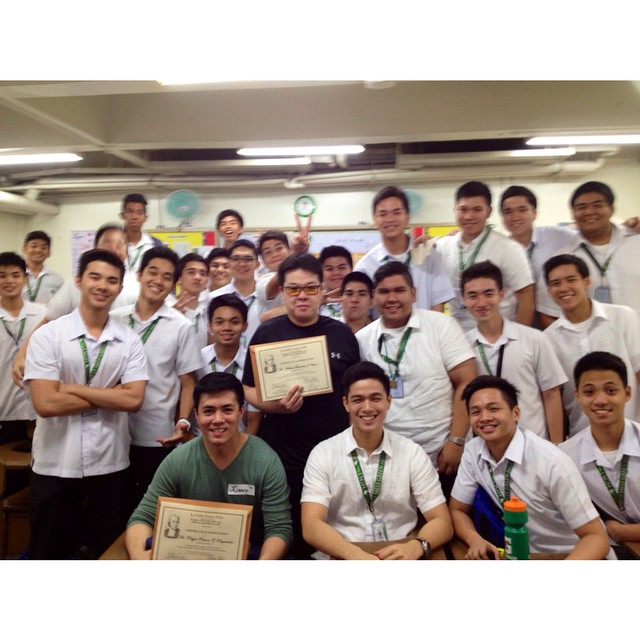 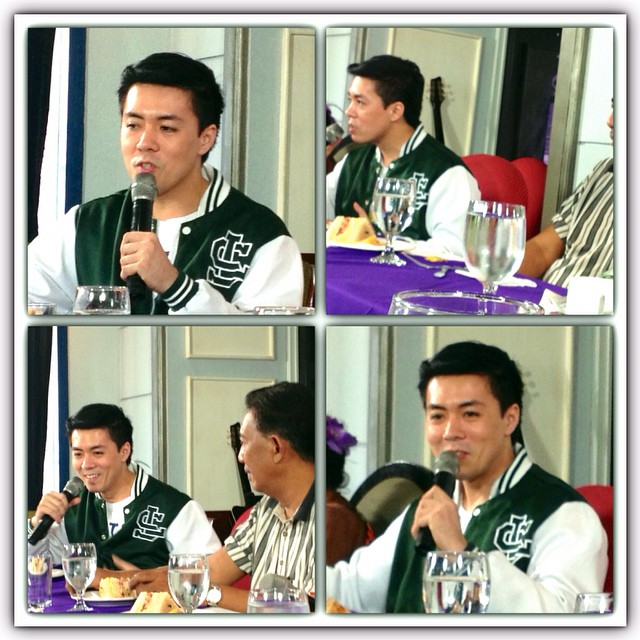 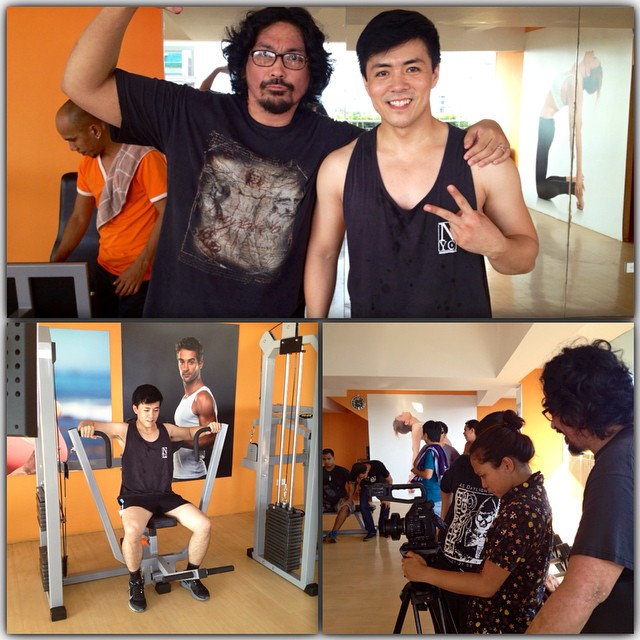 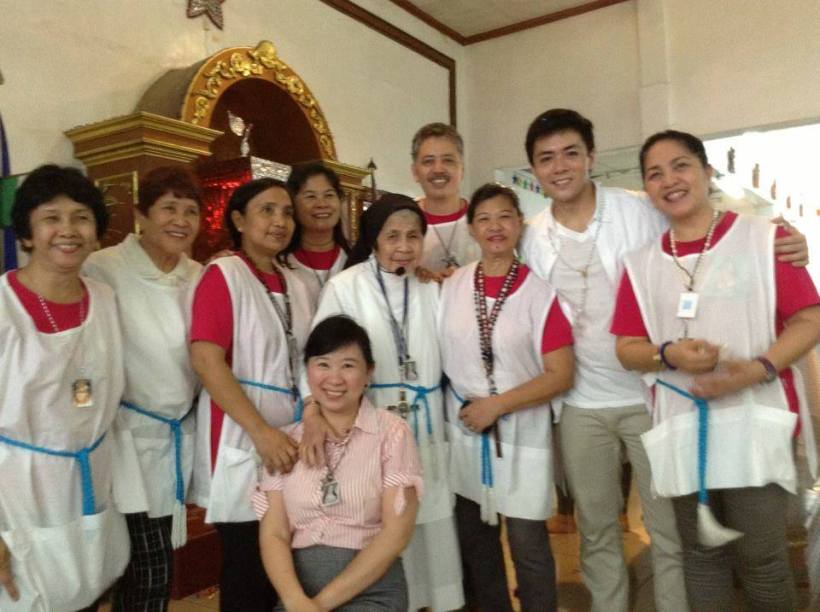 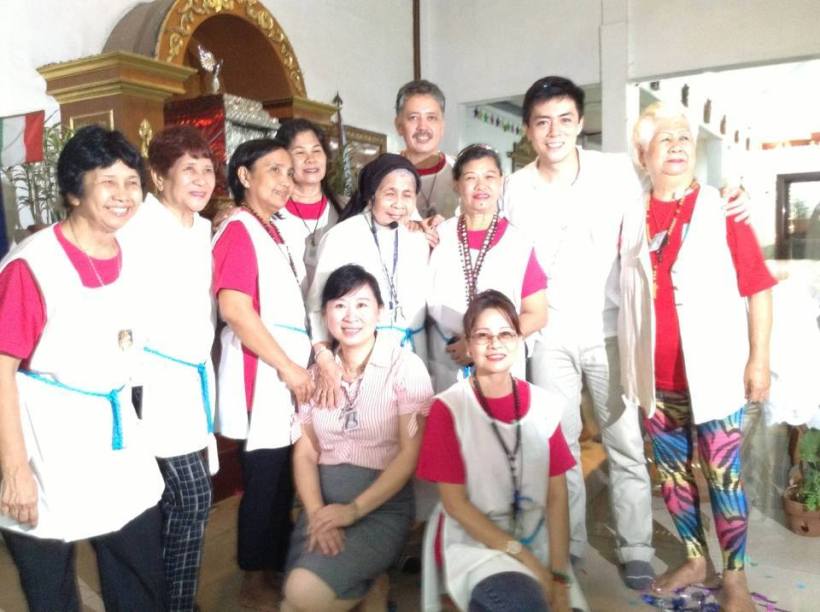 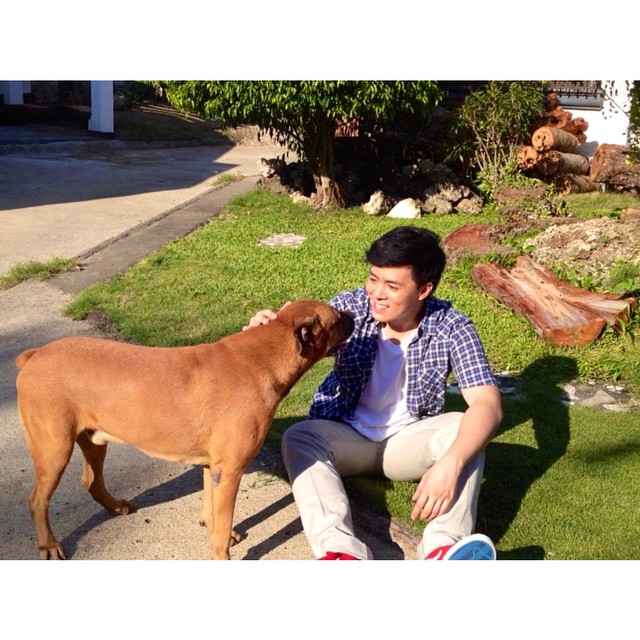 Rommel Reyes took his first trumpet lesson in his local town band, the Band 4 of Malabon. He enrolled afterwards in the UST Conservatory of Music under the tutelage of Professor Roger Llado. After winning a scholarship from the Loyola Foundation, he earned his Master of Music degree from the Elizabeth University of Music, Hiroshima, Japan. He took further studies in the Royal Flemish Conservatory of Music in Belgium where he finished his Specialisatie Diploma and Teaching Diploma. At the same time, he took lessons with Professor Klaus Schuhwerk in Frankfurt, Germany. A NAMCYA prize winner, he also joined competitions abroad such as the Raimo Sarmas Trumpet competition in Lieksa, Finland and the International Jean Dartier trumpet competition in Brussels, Belgium where he was a laureate. He was a member of the Brass Band Willebroek, cultural ambassadors of Flanders, when they won the Second Prize in the National Brass Band Competition, Highest Level.  Rommel Reyes was a member of the World Youth Orchestra, the Asian Youth Orchestra and the Flemish Youth Orchestra during its concert tour in St. Petersburg. He also performed with the Royal Flemish Philharmonic Orchestra and the I Fiamminghi.

“UST CONSERVATORY OF MUSIC IN TWO EVENTS AT CCP”

On Sunday, October 5, the UST Symphony Orchestra, a resident company of the Cultural Center of the Philippines, presents a unique symphonic concert entitled “Prism Rhapsody” at the CCP Main Theater at 6 pm with Daniel Bartolome as conductor. Featured soloist is prize-winning Japanese marimbist Yukiko Ishihara who will be performing the Prism Rhapsody of renowned marimbist composer Keiko Abe. Other numbers in the programme include Overture from “La Gazza Ladra” by Rossini, Suite from “Star Wars” and “Battle of the Heroes” by John Williams, featuring special visual and sound effects. 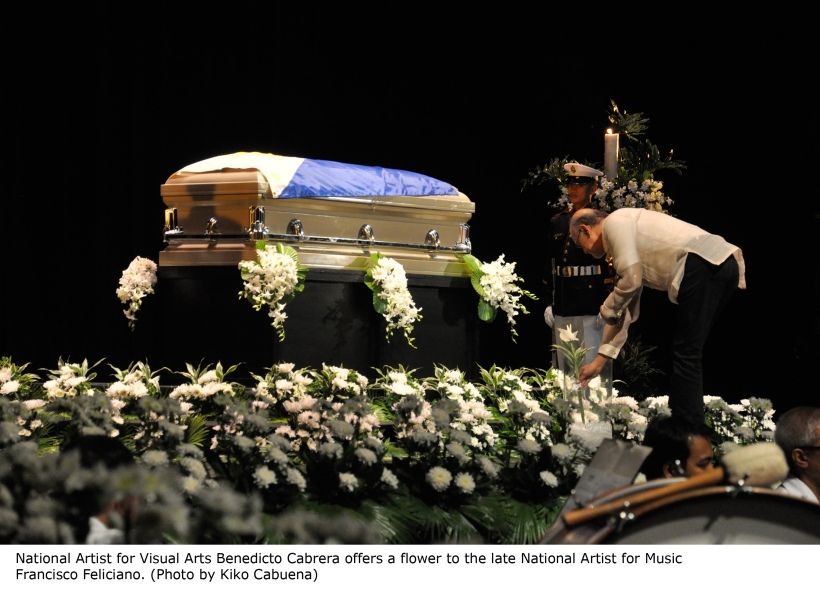 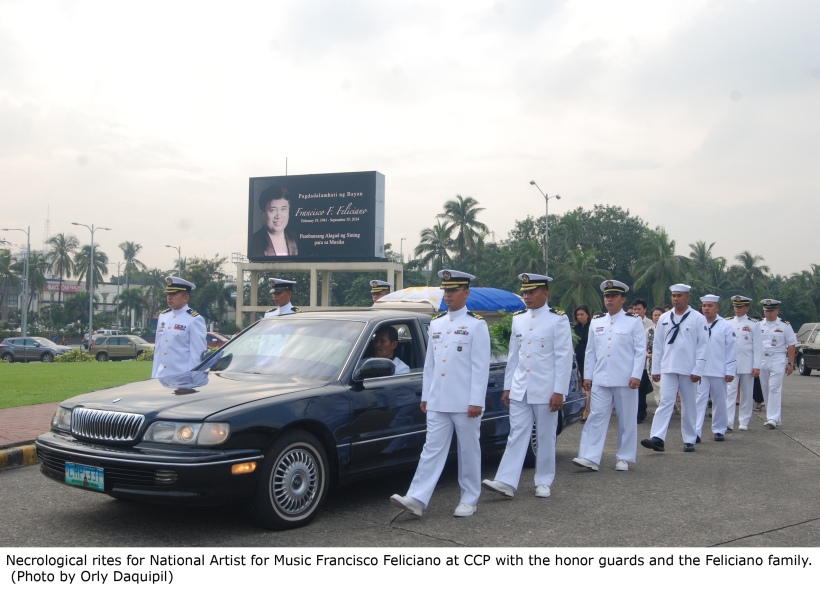 THE late National Artist for Music Francisco Feliciano was given a tribute by family and friends in a necrological ceremony held on September 25, 2014 at the Cultural Center of the Philippines’ Tanghalang Nicanor Abelardo (Main Theater), followed by an interment held at the Libingan ng mga Bayani. Feliciano died on September 19 at the age of 73.

Among those who attended the necrological ceremony were National Artists Bienvenido Lumbera, Abdulmari Asia Imao and Benedicto Cabrera, National Commission for Culture and the Arts Officer in Charge-Executive Director Adelina Suemith, and CCP president Raul Sunico.

Proclaimed National Artist for Music in 2014, Francisco Feliciano was known for propagating “Asianness” in his works. He combined Filipino culture, the Western and Asian musical idiom in his operas, ballets, orchestral works and hymns. Many of his choral compositions were performed by the best choirs in the country, such as the world renowned Philippines Madrigal Singers, UST Singers and the Novo Concertante Manila, and won for them numerous awards in international choral competitions. As a performer, Feliciano also brought the Philippines at par with the rest of the European and American worlds. He was invited to conduct the major orchestras of Europe and America, most especially in Asia, a strong indication that his conducting abilities were highly respected by his western counterparts. Feliciano’s philosophy in music was multiplied through his lifelong mission of propagating a new language for religious music, more realistically fulfilled by his numerous students at the Asian Institute for Liturgy and Music, which he founded in 1981. (Photos by Kiko Cabuena and Orly Daquipil)