a smile from a friend. 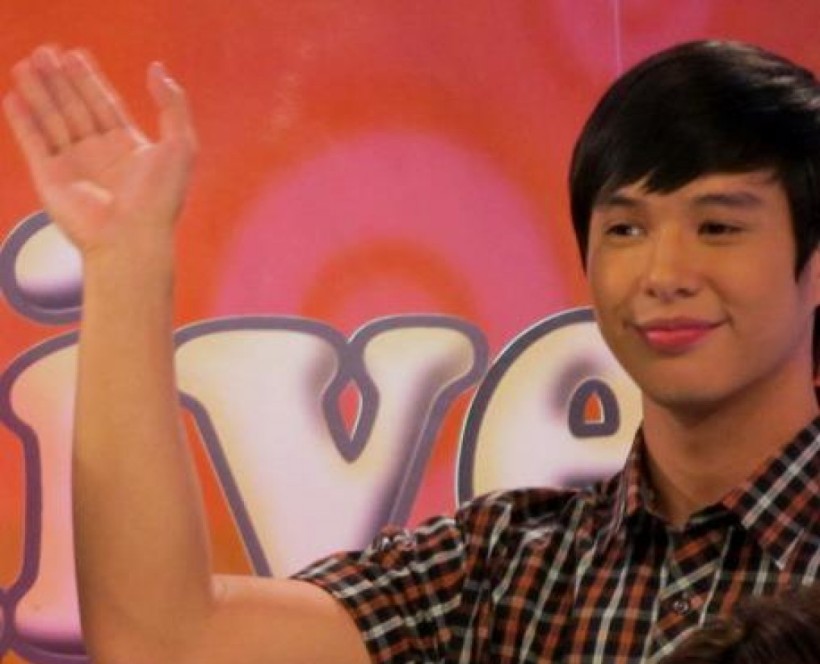 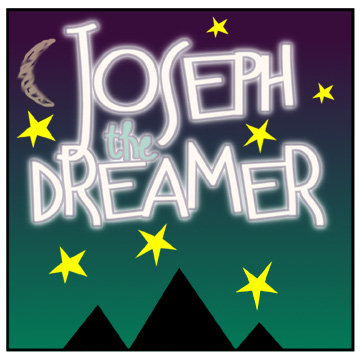 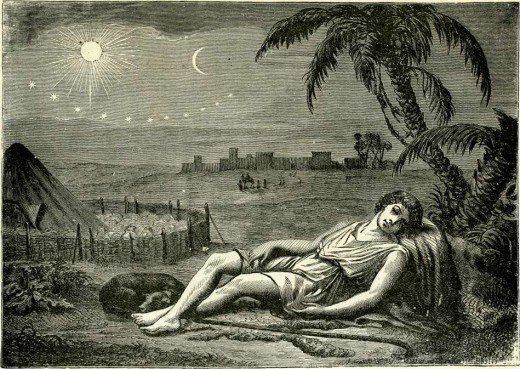 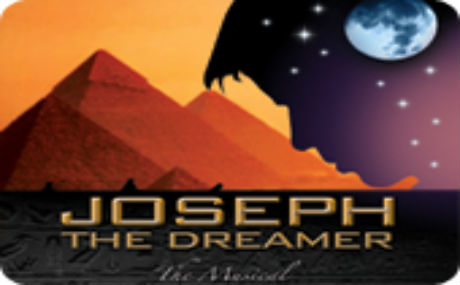 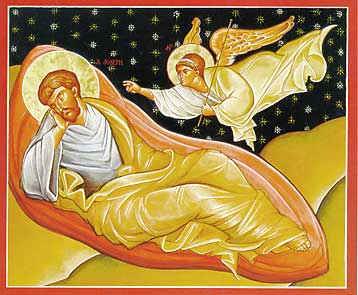 BUT JOSEPH IS A HUMAN BEING, TOO. HE LOVED HIS FAMILY. EVENTHOUGH HIS FAMILY HAD FORSAKEN HIM (WITHOUT THE KNOWLEDGE OF HIS FATHER). AND HOW HE MISSED HIS YOUNGEST BROTHER BENJAMIN!

THROUGH OUR DREAMS, WE CAN CHANGE THE WORLD…

THROUGH OUR DREAMS, WE CAN BE UNITED AGAIN WITH OUR LOVED ONES.

THROUGH OUR DREAMS, WE CAN EMBRACE THE SUN!

“JOSEPH, THE DREAMER” IS ONE OF THE MOST BEAUTIFUL STORIES EVER TOLD…

ABOUT FORGIVENESS, ABOUT LOVE, AND MOST OF ALL, ABOUT ONE PERSON’S ETERNAL LOVE FOR HIS FAMILY!!!

ENJOY AND READ BACK THE STORY…

mon with ms. gretchen barretto and sarah gaulger (partly hidden) in an important scene in the film

The most applauded actor that night of the screening of the Cinemalaya 2013 new Breed Category film entry “Diplomat Hotel” was no less than Mon Confiado.

The audience who watched at that screening were composed mostly of young students, young people, young professionals… and Mon captured their hearts. What more, as they watched the movie, the more they got thrilled with this awesome actor.

After the screening of the film, this blogger managed to have a brief chat with Mon. He’s so happy with the way the audience reacted positively upon watching the film.

“It’s not the usual kind of horror film”, Mon said to this blogger. “Very positive ang lahat ng mga comments nila sa film. We managed to let them feel the Diplomat Hotel, and being a part of the movie, I knew we were successful in doing so.”

Mon lost 40 pounds just to get “into character” via this movie. It’s so amazing for an actor to do that.

“I really prepared and transformed myself deeper into my character here”, Mon continued saying. “Loosing 40 pounds is not easy, but it’s my dedication to my craft that matters the most.”

And Mon even slept for 5 days, alone, at the Diplomat Hotel while they were shooting the film, while the rest of his co-actors slept in nearby hotels in Baguio City.

“I didn’t check-in at nearby hotels, I slept inside my van”, Mon said. “For five days I got an eerie feeling every night. It’s as if someone’s watching me. But I didn’t get scared. I completed my five days of sleeping there without any hassles at all. I did that to motivate myself for my role there.”

Mon was so good in the film. He portrayed the role of the son of an occult leader who formerly owned the hotel. The revelation of his true character at the end of the film was a total shock that left the audience screaming in horror!

Would he be happy to receive an acting award via this film?

“I never expect anything”, Mon said to this blogger at the end. “Whatever comes, I would appreciate it. What makes me happy now is the fact that most of my films being shown recently – all of them, I mean- do good at the box office. And it’s more than an award for me.”

Mon’s upcoming films are now being much-awaited. He’ll do another movie with director Christopher Ad Castillo very soon. Plus another one with another director Ato Bautista.

What a blast! Keep it up, papa Mon! 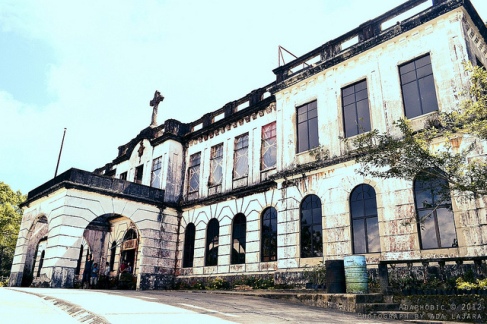 As actor Abe Pagtama said on his brief speech before the start of the screening of Diplomat Hotel at the Little Theater of the Cultural Center of the Philippines: “Fasten your seat belts, it’s gonna be a bumpy night!”

It was indeed a bumpy and horrifying night, watching Diplomat Hotel. It gave this blogger scary goose bumps and screams, added with a feeling of being entertained AWESOMELY AND INTELLECTUALLY.

Yes, Diplomat Hotel didn’t simply want to scare- it meant to dig, to investigate and to wander more as to why a dark journey ended sadly, tragically, dramatically.

As the movie started, you would know, but with director Christopher Ad Castillo’s original style of ‘holding’ you suspenseful and catching your breath in every important scene, he successfully created a horror film that would not turn you DOWN, but rather, turn you HIGH.

Director Ad Castillo definitely had the ‘eye’. The vision. The true blood of a genuine film artist. This could be his first film, but this blogger was so amazed with how he handled a popular scary hotel and its high expectations of bringing it back to LIFE, notwithstanding the dark shadows that haunted it.

The film didn’t reveal in DEFENSE. Didn’t explain why. Didn’t turn in many circles of explanations and ‘wonders’. It had no pretense. It simply SHOWED.

Added with an excellent technical staff, good sound, new wave dark music, and a fantastic editing- …. it achieved its GOAL.

One more thing, this film journeyed on its own. It simply wanted to present a dark ride, a deeper look into a lost soul, and loved ones that didn’t have to die.

Mon Confiado offered another new acting style and dimension in this movie.

Sarah Gaulger was a refreshing talent here, and she delivered.

Abe Pagtama surely did a lot of justice in his brief appearance at the start of the film.

Art Acuna was so intense and aggravating.

Nico Antonio acted it out with ‘angst’.

But it was Gretchen Barretto who stood out. She was perfect for the role. She acted in subtlety, with great depth and precision. Indeed, fascinating.

Diplomat Hotel would take you into a journey. Into the darkest phantoms of your mind.

Come, take a ride. Be thrilled. Be horrified.

AND GET THE BEST SCREAM OF YOUR LIFE. 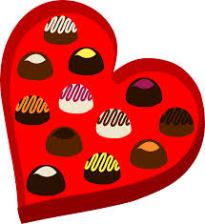 i’ve let go the need to know why… ‘coz you know better than i.

“JOSEPH… YOU KNOW BETTER THAN I.”

“YOU KNOW BETTER THAN I” (LYRICS)

I thought I did what’s right
I thought I had the answers
I thought I chose the surest road
But that road brought me here
So I put up a fight
And told You how to help me
Now just when I have given up
The truth is coming clear
You know better than I
You know the way
I’ve let go the need to know why
For You know better than I
If this has been a test
I cannot see the reason
But maybe knowing
I don’t know is part of getting through
I tried to do what’s best
But faith has made it easy
To see the best thing i can do
Is to put my trust in You.

For, You know better than I
You know the way
I’ve let go the… 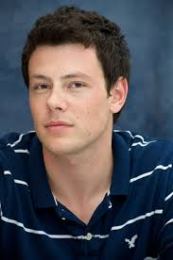 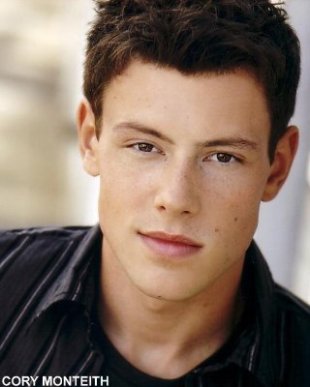 Lea Michele has returned to Twitter after an understandable absence. Over two weeks after the death of her boyfriend and Glee costar Cory Monteith, the actress, 26, acknowledged her 3.5 million followers, the tragedy she’s endured — and how they helped her make it through.

“Thank you all for helping me through this time with your enormous love & support,” Michele wrote, sharing a sweet, heartbreaking personal snapshot of herself with Monteith, 31 at the time of his death. She added, “Cory will forever be in my heart.”

Since Monteith’s passing in his native Vancouver July 13, the FOX star has been instrumental in making funeral and memorial arrangements with Monteith’s family. Her publicist spoke on her behalf a few days after Monteith’s death, which was ruled an accidental overdose involving heroin and alcohol.

“Lea has been grieving alongside his family and making appropriate arrangements with them,” the rep said. “They are supporting each other as they endure this profound loss together.”

Following what seemed to be his successful rehab stint, Monteith and Michele doing better than ever as a couple. Dating since early 2012, the pair “were planning on moving in together after he got back from Vancouver,” a source told Us. Another pal added that Monteith was planning on surprising Michele for her 27th birthday in August.

What’s next for Paulo Avelino

MANILA, Philippines — After starring in three soap operas, Paulo Avelino is taking a break from the small screen as he gears up for the release of two indie films.

The 25-year-old actor said he is currently enjoying a break from the daily grind of doing a TV series, which he had been accustomed to for the past three years.

“Wala masyadong work, pero I’ve got two films coming out for Cinemalaya — one is called ‘Sana Dati’ under Jerrold Tarog, and the other is ‘Debosyon’ under Alvin Yapan,” Avelino told ABS-CBN News at the sidelines of the recent outdoor concert event Ginuman Fest 2013.

Both film entries to the annual Cinemalaya Philippine Independent Film Festival mark Avelino’s return to the indie scene, after having won his first Best Actor trophy for his role in “Ang Sayaw ng Dalawang Kaliwang Paa,” also a Cinemalaya entry in 2011.

“‘Sana Dati’ is a story about a videographer and the bride, so parang magugulo ‘yung kasal. At kung bakit, abangan niyo,” the actor related.

Also starring Lovi Poe, TJ Trinidad and Benjamin Alves, the Metric Films production is billed as the third part of the “Camera Trilogy” by Tarog, who is also behind the films “Confessional” (2007) and “Mangatyanan” (2009).

“‘Yung ‘Debosyon’ naman is about a devotee of the Birhen Peñafrancia of Bicol and a girl. Love story din. Ako ang devotee,” Avelino said.

Asked whether he hopes to win another Best Actor trophy for either film, Avelino said, “Actually ako naman, I’ve worked with these teams a couple of times, and I just want the films to be seen.”

For now, Avelino’s return to indie will be shown for a limited time when Cinemalaya 2013 kicks off its 10-day run on July 26 in cinemas at the Cultural Center of the Philippines in Pasay City, Greenbelt 3 in Makati City, and Trinoma in Quezon City.

that’s all i’ve got…

and that’s all i’d ever

will make me live…

will make me fight for survival..

and make me strong.

will fight for a BLOG.

and for its goodwill.

and no one can ever take it away 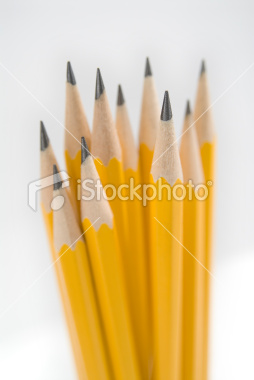 A socio-realist drama-comedy film, which follows a seemingly usual day in the life of Loida Malabanan as she embarks on yet another shooting day of a soap opera as an extra. As the shoot goes on, we get a glimpse of the truth in the ruling system of the production as well as the exploitation on the marginalized laborers like her.